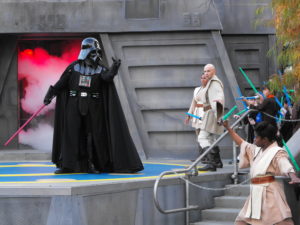 Sometimes Learning is a Matter of Life & Death

Lori Gottleib’s cover story for the July/August issue of The Atlantic, “How to Land Your Kid in Therapy,” dives into the shallow waters of teacups—that is, young people whose incredible fragility derives from the belief that their self-esteem need not be tethered to real accomplishments.

Gottleib’s story isn’t news to teachers, who have long reckoned with the distances between students’ estimates of their own worth and their actual achievements. My own dealings with teacups are typical. An anecdote: a few years ago, a bright, attractive, moderately spoiled young woman wept bitterly in class because she made a 3/5 on a quiz.

Yes, a quiz. One of dozens given over the course of the semester. Any conscientious student—and even a few gifted slackers—should have no trouble rebounding from a low quiz score. But this young woman had been so accustomed to receiving encouragement and full credit for all effort expended that she felt shattered, maybe even betrayed, that a teacher could return a quiz with red ink and a low score. I can only imagine how she reacted to earning a B+ on her first essay—a reaction that, thankfully, she saved for her dorm room. To her credit, she soon learned how hard she had work in order to make the scores she craved. The bar was higher than her comfort zone had previously allowed, but she worked hard, gave up social time and perhaps a little sleep, and she made an A. I’m very proud of her.

However, I’m reduced to rank speculation regarding how she and her teacup kindred have been allowed to mistake self-esteem for objective accomplishment. I suspect that we can lay some blame at the door of the educational establishment. Schools of education around the country spend too much time on pedagogy and too little time requiring future teachers to master content, which leads to many teachers rewarding process and effort over product. This result pleases parents, too. They’re happy because their kids earn high marks, however meaningless those marks might be.

An emphasis on happiness might be at fault as well. Parents, understandably, want their kids to be happy. Yet they forget that we pervert happiness when we make it a goal rather than some by-product of the goal itself. Happiness won’t cure cancer, but we’ll be well within our rights to be happy once we have cured it.

Finally, I wonder if the fear of competition has something to do with the shaky foundations of the cult of self-esteem. The thrill of victory, by definition must be paid for by somebody else’s defeat. However, those who suffer a loss and decide that the taste is too bitter—that the chance to win simply isn’t worth the risk of losing—don’t fully fathom the allure of any game. The only thing worse than that, potentially, is to promote a win-at-all-costs mentality, which is actually another way to worship the false god of self-esteem.

This entry was posted in Education, Pop Culture. Bookmark the permalink.